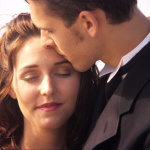 In this day and age most people think of a partner being unfaithful in regards to sex when the term infidelity gets used. While accurate, another form does exist: emotional infidelity. In regards to which is worse, it depends on the betrayed’s gender. As Schutzwohl (2005) showed, it did not take long for women to have intolerable levels of jealousy when their partner became emotionally involved with another woman. For men, they could not tolerate their partner being sexually involved with another man. I am sure many people have heard lines from movies where a woman would say “But I did not love him,” or a man would say “But I never had sex with her”. To their spouse this effectively translates to, “But I did not engage in the act that you find less painful.” In short the offending partner does not understand that they still committed what their spouse viewed as the more painful act.

Another study (Shackelford, Buss, & Bennett, 2005) gives more evidence for the differences between the genders. In this study, participants were forced to make a choice to forgive their partner or break-up with them. Men found it significantly more difficult to forgive sexual infidelity and were more likely to break-off the relationship. Predictably, women had the same problems in regards to emotional infidelity.

Although some of the research regarding emotional infidelity and physical infidelity looks bleak, if infidelity does exist in a relationship, it does not mean the relationship is doomed or unfixable. One study (Atkins, Eldridge, Baucom, & Christensen, 2005) showed that while couples in which a spouse had some sort of affair were more distressed, they improved much faster than other couples who were dissatisfied with their marriage but had no affair, if they admitted to the affair before or during therapy. As painful as it may be, the study emphasizes that the offending partner must come clean with the affair.

In conclusion, while a spouse’s infidelity does damage the relationship and causes a significant amount of pain, the relationship can be repaired. It will take a lot of effort for the betrayer and the betrayed. The offending spouse will need to tell the truth and support, at length, the receiving spouse as well as help the receiving spouse work through the post traumatic like experience of coping with an affair. Understand their will be a great deal of short term pain, but experiencing and working through the pain is key to resolving the infidelity and rebuilding the marriage.

My fiance and I took the premarital course and found it very helpful in guiding us to discuss some topics we hadn't thought to bring up ourselves. The format was great because we could break up the course however we liked (we did 1-2 sections per week) and all the information was presented in a way that was easy to understand. I recommend it if you want to learn more about yourself, your partner, and save a little money on your Georgia marriage license!

The Premarital Preparation Course from Dr. D'Arienzo was fantastic. It helped us understand our selves better. In addition to great videos and information, the examples provided to practice as a couple were extremely beneficial. I have learned more about my partner in the few hours taking this course then in my years of relationship. Overall, I am very grateful and happy to have found this course as it has guided us and will continue to be useful with the documentation provided.

My fiancé and I completed the online premarital counseling and walked away with a better understanding of each other and our separate backgrounds. We were able to reflect on what makes each of us who we are and grew a deeper respect for each other. I would recommend this course to anyone seeking guidance in emotional and financial areas. This course was not only designed to help couples navigate through the journey of marriage, but to do so in a way that was completely transparent and easy to understand.

Dr. D'Arienzo's Premarital-course helped me learn about myself, my spouse, and how to be successful in a marital relationship. The video and text format was appreciated as I had the option to listen and read depending on what I preferred in the moment. The exercises throughout the course were also informed and enjoyable to participate in.

My fiancé and I took the premarital course so we could apply for our marriage license and get married at the court house on the same day.. It really prompted a lot of conversations that should be had before marriage and did it in a way that was not uncomfortable. We learned quite a few things about one another and how to deal with certain situations that may arise, in a healthy way. At first we shrugged this course off but I am glad that we took the time to do it! Really great course and a lot of helpful information.